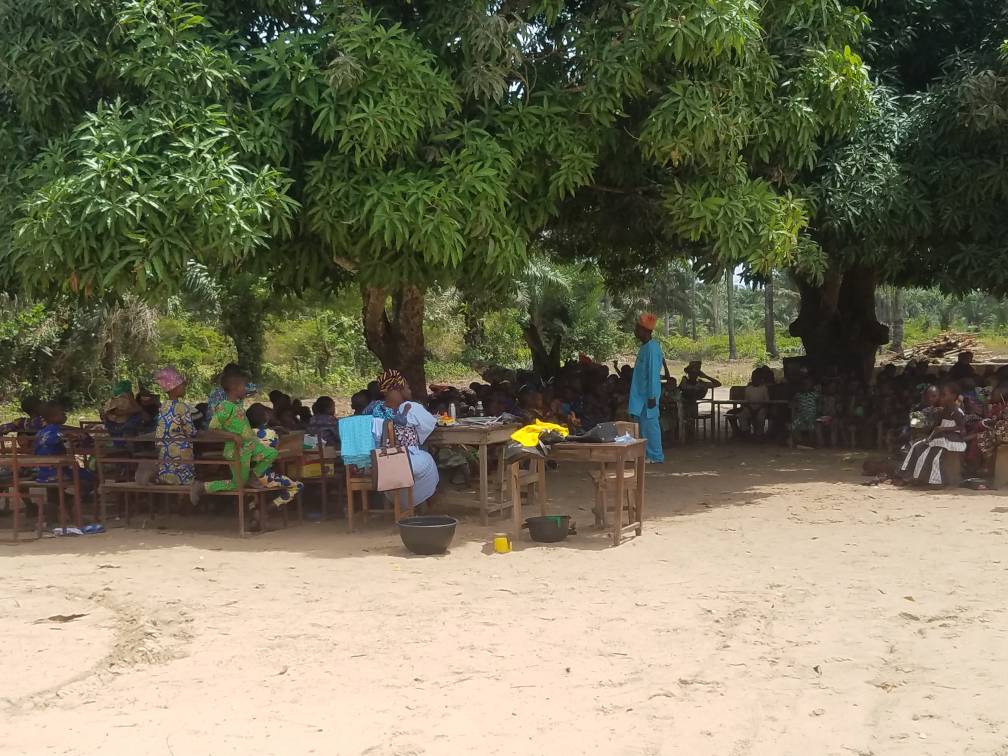 Akere, a riverine community located in the interiors of Idiroko LCDA, Ipokia Local government Ogun state boasts of a population of 3000 inhabitants. The community which shares boundaries with Badagry in Lagos State and the Benin Republic is home to the Ipokia Local Government Primary School, Akere.  The primary school provides elementary education to children in the community as well as other neighbouring villages namely Wheke, Ilasa, Ajaluto, Gbodota and Zebe, despite its decrepit state.

When Tracka first visited the school on 20th September 2017, the learning condition was found to be totally horrendous. About half of the school’s population were seen learning outside the classrooms under the scorching sun without any protection over their heads, save a Mango tree which about three out of six classes were made to seek shelter under. 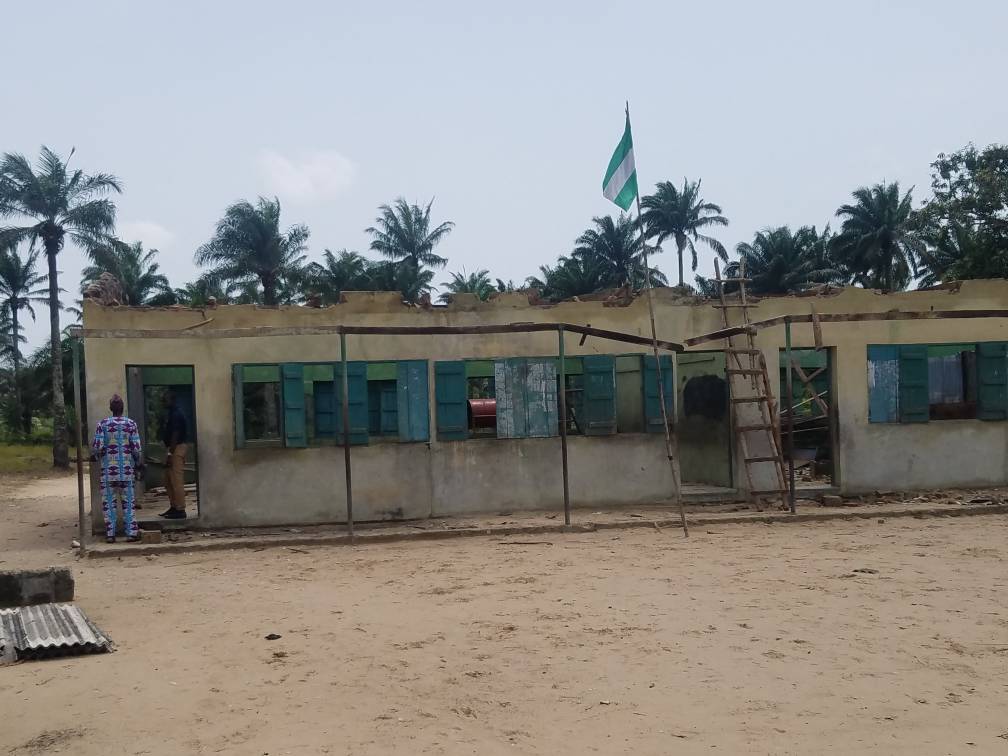 It was also observed that six to seven pupils sit on a bench meant for two pupils while others resort to sitting on the bare floor. There is also the deficiency in staff strength as only four class teachers cater for six classes with one Assistant Head teacher and one Head teacher.  Also, the classroom floors are bare and sandy, predisposing pupils to health hazards.

It was also learnt that the headmaster from his meager earnings single-handedly concretized the floor of the class for the primary one pupils due to his awareness of their high susceptibility to feeble pathogens.   The Head teacher’s office was seen under the mango tree, the school has no store and, in the process, most of the government owned books given to the school have been stolen. Again, the state’s intervention project by SUBEB which was donated in 2012 has remained uncompleted, the last furniture given to the school by this body was in 2007.

The Tracka team sensitized the school and community on the proposed project for the school which is the ‘Renovation of Blocks of 8 Classrooms in Akere, Agosasa, Ajegunle and Idogo’ for N30M. This could, in turn, be interpreted as the renovation of a block of two classrooms for a sum of Seven million and five hundred thousand naira at each of the four schools. The disclosure of this information impulsively raised the people’s hope, but Tracka maintained that they must inform their representative of the awareness of the project and demand implementation and they did. 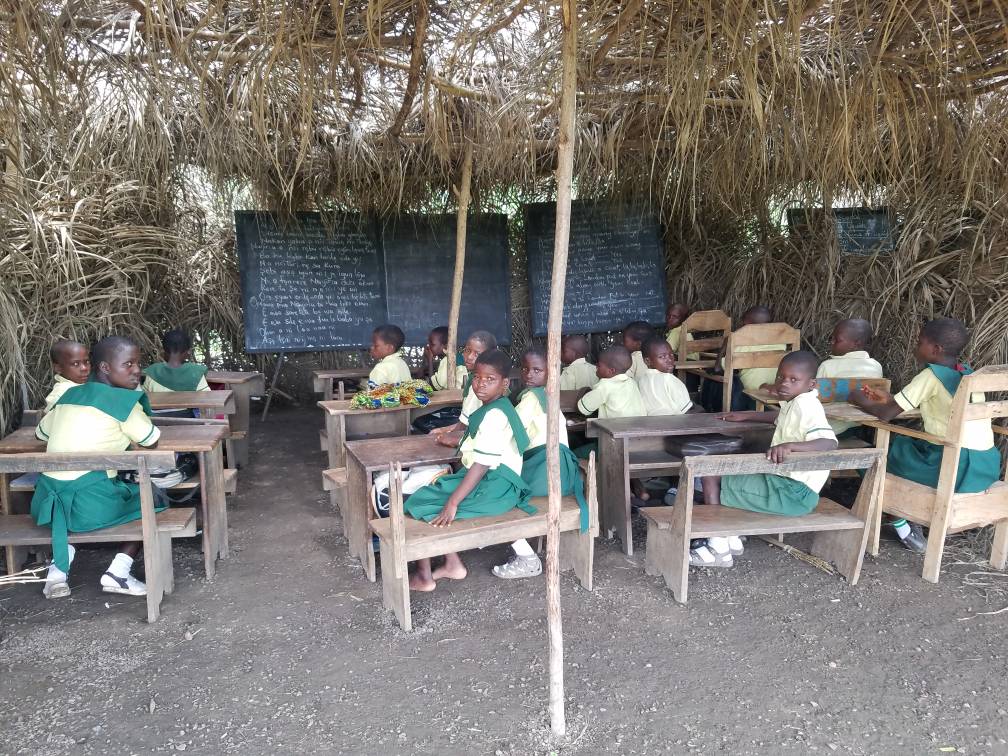 However, feedback from the community leader, Chief Gandonu Joseph has not been positive as he stated that Hon. Akinlade Adekunle Abdulkabir, the lawmaker representing the area in the National House of Assembly, Abuja neither pick calls nor respond to messages–a development which started since the community became aware of the project.

The situation in Akere is not in tandem with what is obtainable in other parts of the state as projects that have not yet been completed are either ongoing or close to completion in most cases. It is also expected that the state government ought to have prioritized the renovation of some of the ebbing schools, rather than embarking on new school projects in the state.

Tracka and the community are highly expectant that the community’s awareness about the school project would eventually translate into the implementation of the projects both at Akere and the remaining three schools.