PHC KAFFE: WHERE PATIENTS RECEIVE HEALTHCARE UNDER A TREE 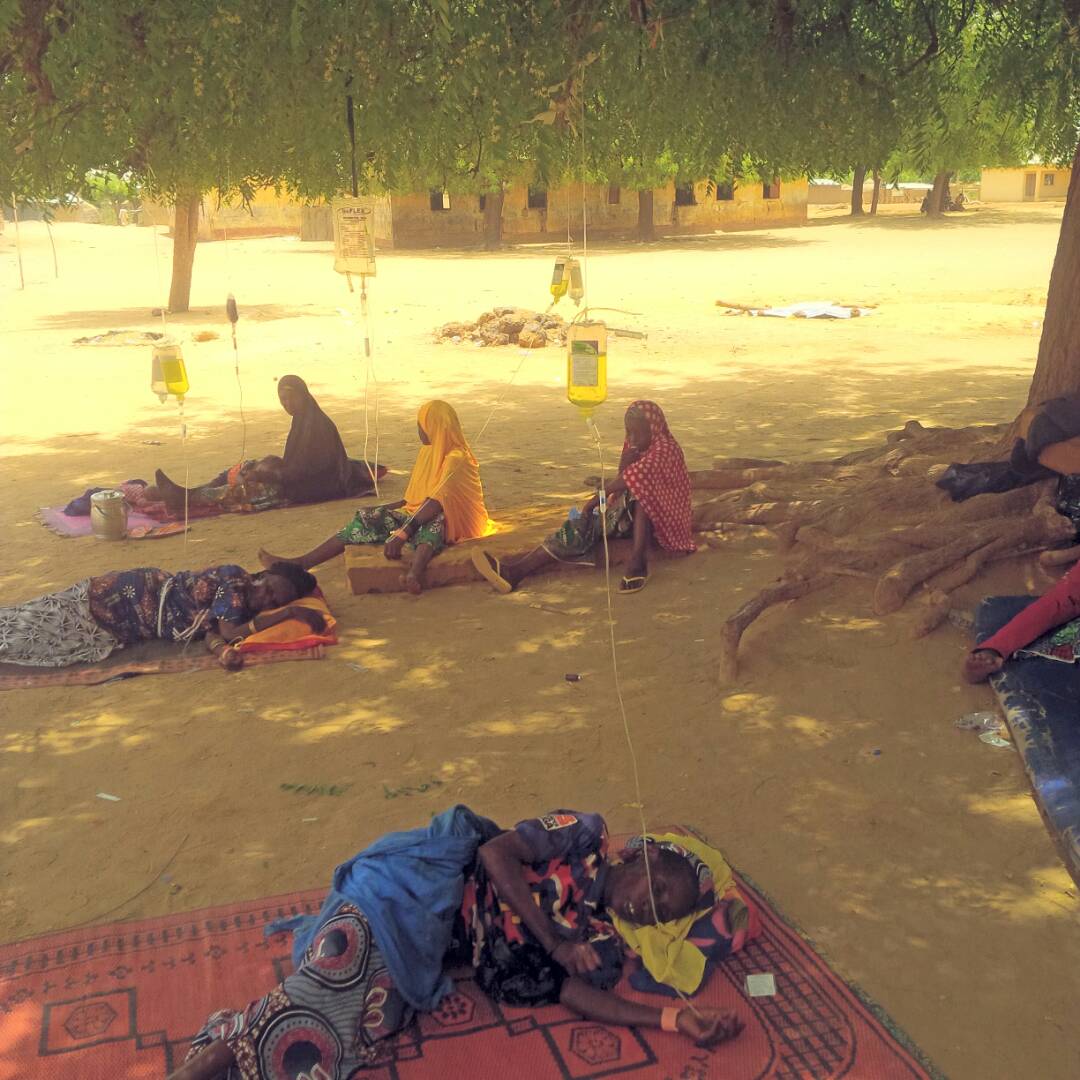 Kaffe, a community in Gada Local Government Area of Sokoto state, is an agrarian community with a population of about  4,000 people. The Public Health Centre (PHC) that caters to the health needs of the community is in dire straits. In the 2017 FG Budget, there was a provision of  N34M for the upgrade and equipping of the PHC at Kaffe Gada LGA.

On the 24th April 2018, Budgit tracking officer, Grace Godwin visited Kaffe to raise advocacy awareness on the upgrade and equipping of a PHC nominated by Honourable  Musa Sarkin Adar representing Gado/Goronyo Federal Constituency. Copies of the 2017 FG budget were distributed to residents of the community. They were also encouraged to follow up with project implementation and demand accountability from their representatives.  Prior to the visit, Kaffe residents were unaware of the inclusion of the project in the 2017 budget.

Work is currently ongoing at the PHC, however, its ill patients pay the price: in the afternoons, they lay on mattresses or mats under a tree within the unfenced compound of the PHC; for some, drips hang on drip stands, for some others, the tree branches become drip stands. At night, power usually returns, however,  medical care continues under the tree. In the absence of toilet facilities, the patients have to relieve themselves in bushes around the PHC. This has been the situation for about a month since renovation work started.

The situation in Kaffe is pathetic for several reasons. First, the quality of care being received is questionable, as already sick patients may be exposed to other infections. Second, one would expect that alternative healthcare provisions would have been made for this community while the renovation is ongoing. Third, the PHC is without perimeter fencing, exposing even neighbouring residents of the hospital to diseases, should there be an outbreak of communicable infections.

Some residents of the community, who wanted anonymity, revealed that hoodlums come to the PHC from time to time to steal mattresses meant for the PHC due to the absence of perimeter fencing in the facility.

Abudullahi, a resident revealed to the team that the hospital lacks drugs and patients have to buy drugs from  Gada town which is almost 17 kilometres away. In the eventuality of serious illness, many ailing patients have to travel to Gada town to access  good medical attention.

The onsite contractor who spoke to the Tracka team said that equipment will be available by Friday. Based on our  observation, the work ongoing at the Kaffe PHC does not reflect the amount allocated to it. One would expect that a 34 million naira refurbishing project should do more. We wait to see the upgrade of the health equipment at the PHC. Following our conversations with the residents, it will also be great if the facility is fenced to protect patients and secure the equipment at the hospital.

Honourable Musa Sarkin Adar is also from Kaffe village and has been the representative of the constituency since 2007. The residents expressed displeasure at what they call “bad treatment” from him. We hope that the situation in Kaffe is rectified soon, and Kaffe residents will not have to share the open air with mosquitoes even while they receive medical care.