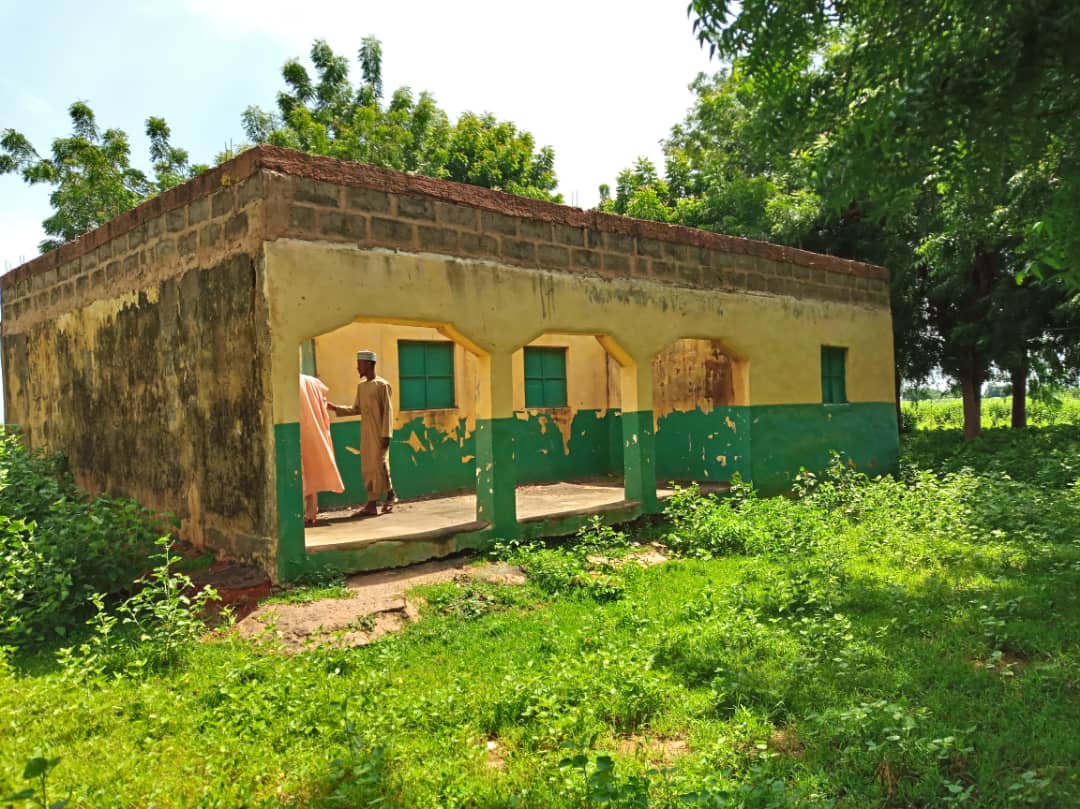 The community which houses about 3000-4000 inhabitants does not have access to standard medical facilities. What happens if an epidemic breaks out in the community? One should laud the residents as in the face of this critical challenge, they took it upon themselves to fix the problem. On this, Amirul Junju said “We tried to repair the decayed PHC but we don’t have the resources to do so.”

When the Tracka team held a community sensitization campaign at the community, the residents found it difficult to believe the government is still in existence as their presence in the community is minimal. They were also notified of the provision of the construction of a Primary Health Centre to the community in the 2018 budget.

Tracka publications carrying evidence that the project has been nominated with the sum of twenty million naira, by Hon. Abdullahi Umar Farouk in the 2018 budget were distributed to the indigenes.

Junju, which is not far from the capital city, Birnin Kebbi still lack basic social amenities. Emmanuel Yaro, a Project Tracking Officer, discovered that the only primary school in the community is in a bad shape. There is no gainsaying that the presence of government in the community is zero. No primary health care, no good school and access roads to the village are very poor.

The quest of the Tracka team is to see public funds work for the masses. In this light, we call on the Kebbi state government and Hon Abdullahi Umar Farouk to prompt action in implementation of the project as the community members to travel far distance for medications, in case of serious ailments or emergencies.

This is an advocacy campaign launched by Tracka team to ensure that every community is carried along and participates in project tracking and monitoring. Public funds must work for the betterment of the populace as long as the project is nominated. This campaign aims at encouraging citizens to follow up projects, take ownership and ask questions from their elected representatives.