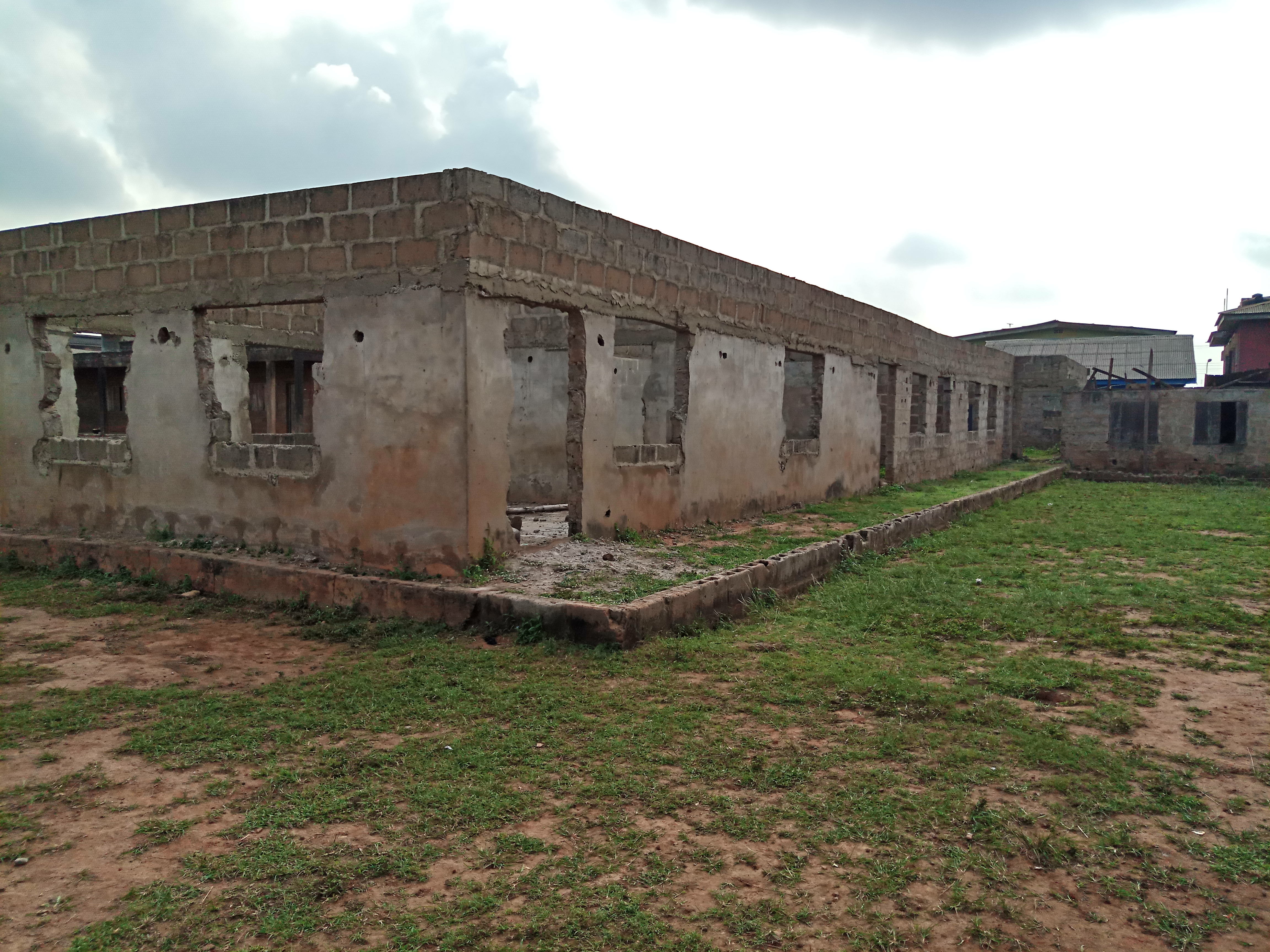 An everyday scene in Nigeria, pupils of St. Paul Primary School, a government-owned school in Ijokun community of Sagamu, Ogun State, are battling with the fate to learn under trees despite government’s provision of N26 million to refurbish their classrooms.

When Tracka first informed the community about the project, in October 2016, they were highly enthused. This joy would be shattered, later when the project was abandoned. Now, activities of teaching and learning at St. Paul Primary School take place in uncompleted classrooms.

“It would have been better if our school was left untouched instead of adding to our predicament by dismantling the classrooms we have been managing for years. Since the purported renovation was stopped, the situation has been far worse,” a teacher told Tracka under the condition of anonymity.

A block of three classrooms with an office was designed to be delivered to St. Paul Primary School but, turned out, it was relatively slow in execution. Tracka gathered that the contractor was also the one in charge of another constituency project within the vicinity at Agbele High School, Sagamu, another project that has also been abandoned till date.

The project resurfaced in the 2018 budget

All hopes seemed rekindled when St. Paul Primary School was recaptured alongside two other beneficiaries of a block of three classrooms project each in Ikenne/ Sagamu/Remo North Federal Constituency in the 2018 budget – at the cost of N16 million each.

Unfortunately again, the project is yet to see the light of the day as of today. Even far from it.

The abandonment of this school is not going down well with school children. They are muddled up in dilapidated classrooms, making it inconducive for learning. Worse, the Head Teacher and her two assistants have vacated their offices for a store (now an office for three) for pupils to use as classrooms.

How millions of Naira went down the drain

Aside from helping the community to write their representatives, thanks to tons of sensitizations, Tracka has made several efforts to ensure the completion of this project. Sadly, these efforts remain futile as the duo of the contractor and the Senator, who is responsible for the monitoring of the project, continue to make conflicting excuses on why the project was abandoned.

While Senator Kashamu argues that projects awarded to the contractor were not executed up to standard, the contractor affirmed that he was stopped by the Ministry of Education to get approval from SUBEB before he could continue. In all of this, it is pathetic that a whopping sum of N26 million is unaccounted for – at the expense of school children, teachers and parents alike.