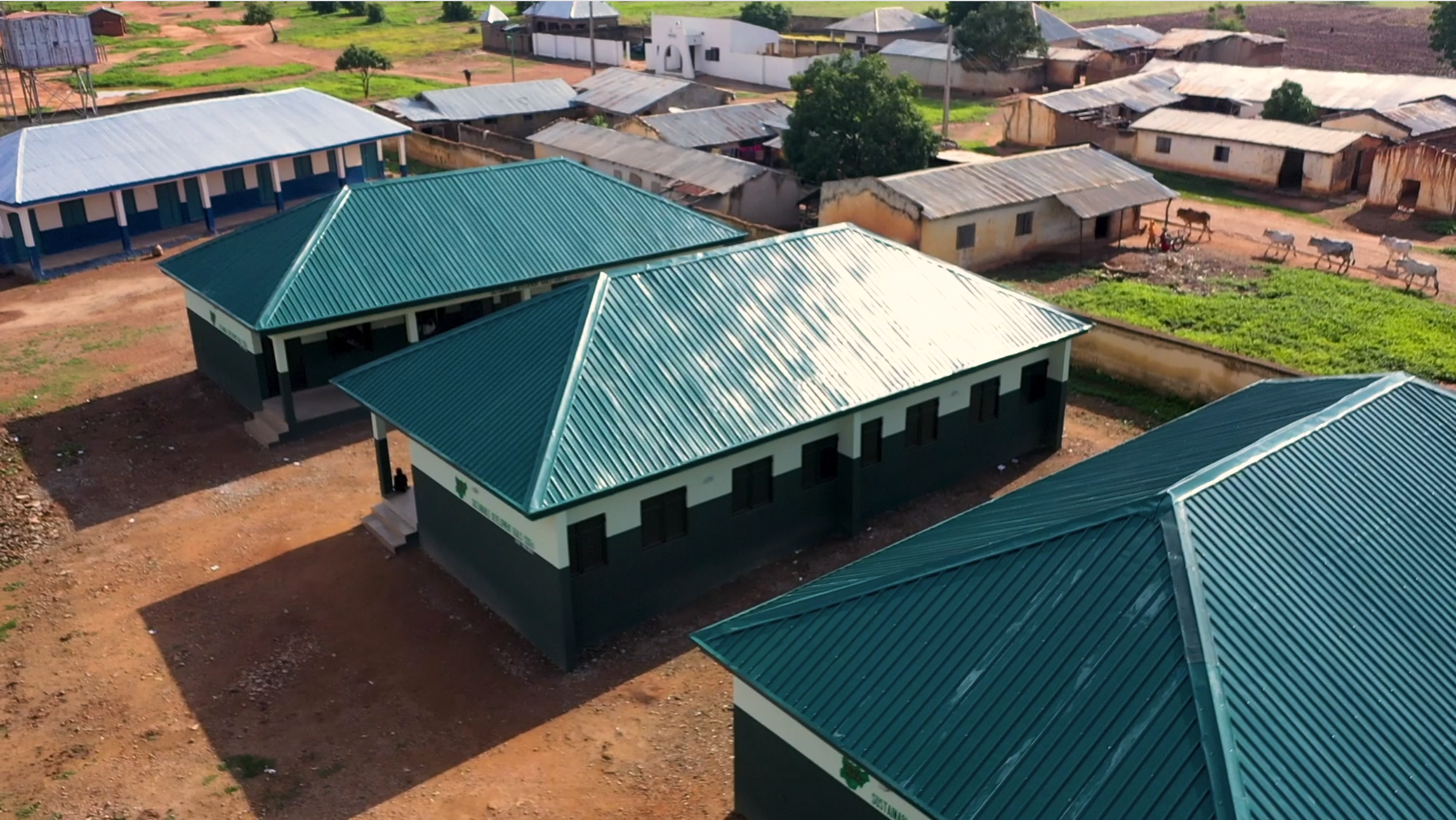 You can blame the situation on massive poverty, insurgency, parental failure, government’s negligence or whatever factor, Nigeria has the highest number of out-of-school children in the world—10.5 million school-age children roam the streets nationwide.

The Universal Basic Education Commission (UBEC), a national body overseeing the provision of infrastructure to basic education in the country, even claimed in October 2018 that the number had surged to 13.2 million, according to its National Education Personnel Audit. But this has been disputed in a fact-check by International Center for Investigative Reporting (ICIR).

About 10.5 million of the country’s children aged 5-14 years are not in school. Only 61 percent of 6-11 year-olds regularly attend primary school and only 35.6 percent of children aged 36-59 months receive early childhood education.

While the internet is replete with data, it requires some first-hand experience or at least a “solidarity visit” to public schools in Nigeria, especially – but not only – in rural communities, to really grasp the stark reality. And trying to make that possible here, here’s a short story.

From Maga, a rural community in the southern edge of Kebbi State, Nigeria, Tracka unravelled one of the acute examples of why children don’t find public schools livable in any sense.

The only state-owned in a community of more than six thousand people, below was the jaw-dropping state of Maga Model Primary School where pupils posed bashfully for pictures, as they learn on the bare floor in the tattered remnants of their classrooms. It is needless to emphasize why the classes were nearly empty, isn’t it?

This is Mega Model Primary School Danko (Kebbi State) where pupils learn on the floor. In this pitiful condition, how does learning take place?
Rehabilitation of the sch was nominated in 2018 budget by Senator Bala Ibn Naallah. After N50bn ZIP fund released, no work has started pic.twitter.com/KB0CL6pWa9

Tracka shocked Nigerians online when it revealed the condition of learning in the school even when it was already nominated for renovation in 2018 national budget for N150 million. The bigger shock? N50 billion (of annual N100 billion Zonal Intervention Projects) had already been released at the time by the federal government for what is popularly known as “constituency projects” across the country. How then has nothing started to change in the school? The anger on Twitter went viral.

“I discovered the school in September 2018 when I visited Maga during our usual project tracking exercise. To say the least, I was horrified to meet those children in such condition. But what amazed me was the lively look on the face of the few I met in class,” Emmanuel Yaro, Tracka officer in Kebbi, narrates during a group trip to the school after the renovation and construction of new classrooms.

“Throughout that day, I kept asking myself: how would children stay in school in this condition?” Yaro quickly added with some distraught on his face.

The pleasantness of schools means a lot in building and retention of children interest. Although the Nigerian government is investing considerably huge amounts of money in school feeding – currently in a number of states – the case of Maga Model Primary School was a complete exclusion from the incentive aimed at boosting public education in the country, as there was no free food nor classrooms. As a matter of fact, the former is useless without the latter.

Meanwhile, to reiterate, the government had already released the first tranche of funds earmarked for the project and many others.

“We couldn’t but ensure that the project was executed immediately hence the intense advocacy on social media and the ceaseless community engagement here in Maga. Imagine the school was left untouched until we raised alarm,” Tracka Head, Uadamen Ilevbaoje, remarks during the visit August 2019.

To have more children in school, facilities matter indeed. “If you come here some seven months ago, you will pity the students and teachers alike. But today, our school seems to be the best in the whole of Kebbi State [in terms of infrastructure],” said Umar Lawal, the school headmaster since 2013 who now has a personal office for the first time.

According to the headmaster, the number peaked from a few hundred to 1525 pupils, learning gleefully inside 5 blocks of new classrooms and 2 blocks of fully renovated ones. With my own eyes, I watched them flock around water taps (courtesy of the new solar borehole) like it’s some vacation at Maldives beach. Even the new water closets, eight of them, were enough reasons for many kids to stay in school. “We have no toilet in our house,” a pupil confessed to me in Hausa.

Even though, ideally speaking, free food and ordinary classrooms have no space on the list of things to motivate children in the twenty-first century, the case of Maga pupils clearly demonstrates the importance in local communities like this.

The pupils’ ecstasy was conspicuously visible as they run after our filming drone all around the school field, shouting on top of their voice: “Aeroplane!!!” So I wondered: what happens if these kids were to put on Virtual Reality 3D glasses to learn about science, technology, history, et cetera, right inside their classrooms? Definitely all houses in Maga are turning to classrooms.

“Given the sudden increase in enrolment, we already need more classes and teachers [in addition to 26 of them]. Please help us talk to the government,” said the headmaster.